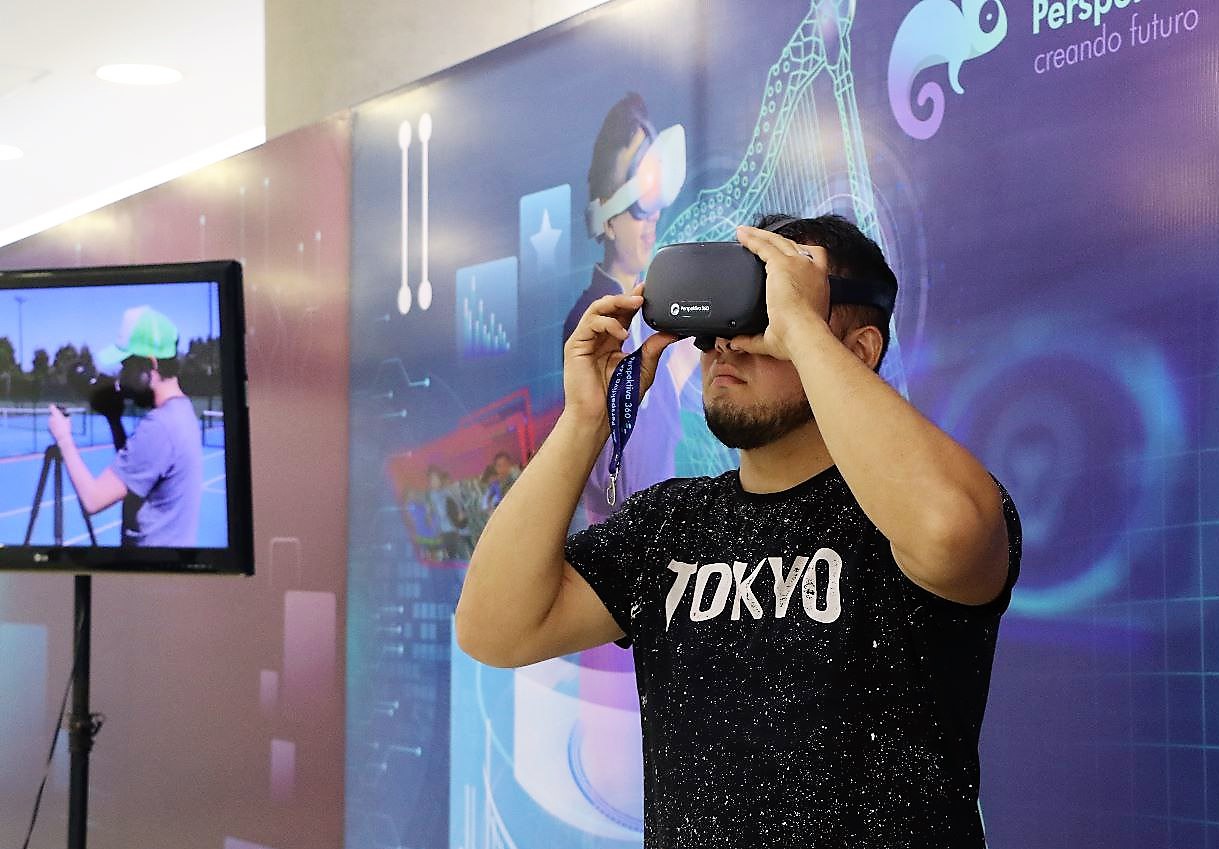 Perspektiva 360 was invited to participate in Joropo Fest, the international festival of culture and creativity held in Yopal, Casanare. We presented our immersive technology solutions to a large audience and had the opportunity to approach a new scenario of the creative economy in Colombia.

The international festival of culture, creativity and promotion of Colombian plains culture, Joropo Fest, celebrated its second version. The Chamber of Commerce of Casanare and the Government of Casanare, organizers of the event, extended an invitation to Perspektiva 360 to participate in it.

For 3 days, we presented our immersive technologies at the CCC Convention and Business Center in Yopal.  Dozens of attendees, among 12 thousand people from 8 departments who attended the Joropo Fest 2022, were able to explore our virtual tours and virtual reality experiences in a stand that we installed with specialized equipment.

We stood out for being a technology proposal with potential to bring innovations to other creative industries present, especially tourism and art.  Perspektiva 360’s immersive technologies are also developed with an artistic sense.

“People have come to us to see how we can integrate music and art into the creation of audiovisual pieces for virtual reality“.  It was one of the statements given by our CEO, Diego Peña to Radio Noticias Casanare.

Peña was also part of the 90 businessmen and entrepreneurs who attended the conferences, talks, workshops and business rounds of Joropo Fest 2022. “We developed the vast majority of virtual tours with which apartments are sold today and that makes us a benchmark“, he said and thus presented the technological solutions that we exhibited.

Currently, our developments are used by construction companies, educational institutions, universities and international organizations such as UNICEF and UNDP.

The online coverage by regional media, showed more than 119 thousand viewers the work of Perspektiva 360.

Joropo Fest 2022 was supported by the Ministries of Commerce, Industry and Tourism, ICT and more than 60 entities, universities and companies, including Perspektiva 360.

We share the gratitude expressed by our CEO to the Chamber of Commerce of Casanare. In this regard he added “(Although) we have a presence in all major cities in the country, we want to venture into new locations. We find it interesting to learn about the culture of the plains and see how we can be included in it”.

We hope to participate again in future versions of Joropo Fest and take advantage of opportunities to strengthen the creative economy and support orange economy entrepreneurs in the region.