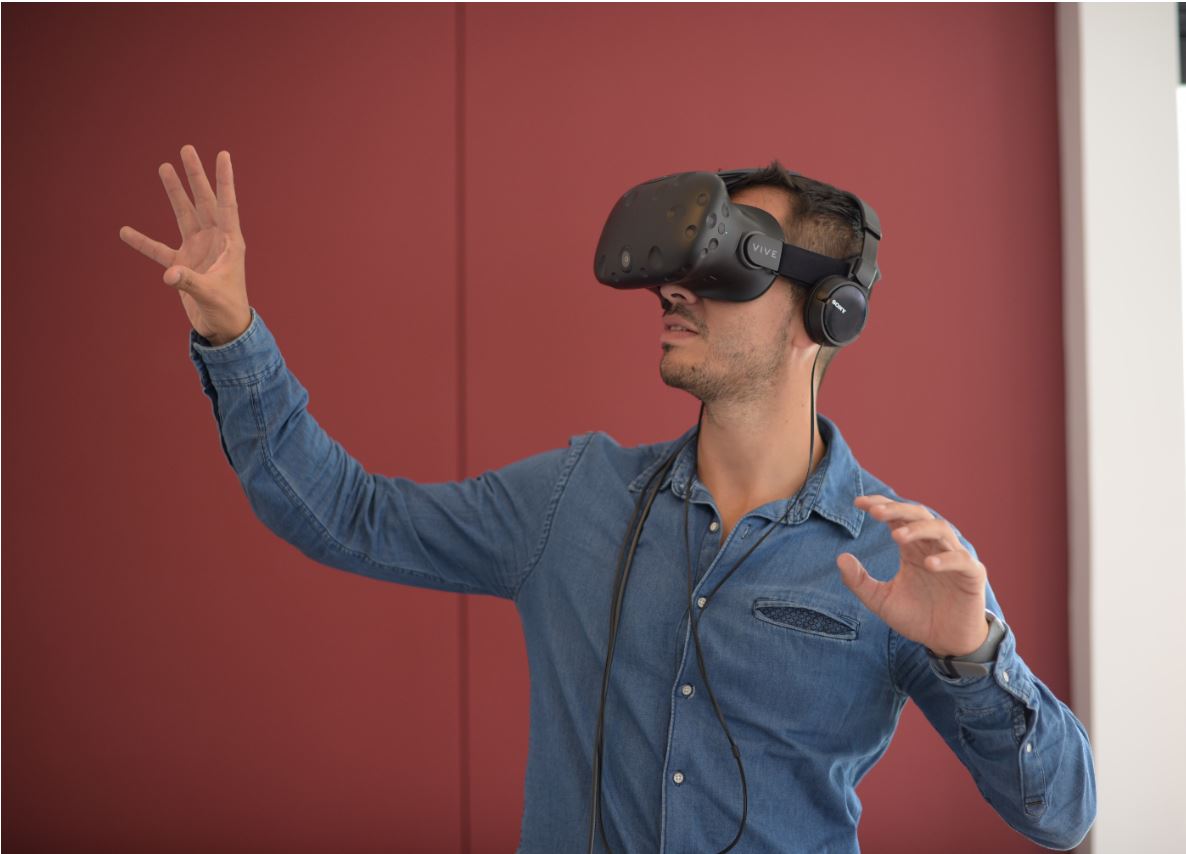 We tend to confuse augmented reality and virtual reality and although they are sisters, they are not the same.

In Perspektiva 360, we receive in our day to day, clients asking about the development of augmented reality applications, when in reality, some of them refer to virtual reality applications or vice versa.  We know that these concepts are often confused and due to their proximity it is an occurrence that could be considered normal. This is why we would like to tell you a little bit more about the differences and examples between them.

We will start by saying that augmented reality is something we use on a daily basis, and it allows a user to visualize part of the real world through a technological device with added graphic information.

A clear example of augmented reality are some video games such as: Pokemon Go, Jurassic World Alive, Orna, Instagram and Snapchat filters.

In this way, tangible physical elements, as our cellphones, are combined with virtual elements, thus creating an “augmented reality” instantly. It is basically, using the camera or some other sensor of your device and projecting digital information relevant to the content on it.

Another example are applications that allow you to take photos of the emblematic places of a destination with elements that can give it a more fun touch, such as: flying cars, spaceships or dolls, while pointing the camera at the tourist place.

In comparison, virtual reality is a 3D environment of scenes or objects, tring to do their best to appear real. The most common thing is to generate an environment through computer technology, which creates in the user the sensation of being immerse in it, with objects or scenes of real appearance but which are generated by computer, as we do in Perspektiva 360 in some of our products for architercture.

This technology immerses users in 360° virtual environments and makes them believe that they are a part of it. To achieve this, it makes use of various technological devices, such as virtual reality headsets, gloves, and other gadgets.

It is worth saying that it is a very specific technology, which has been used in museums and construction companies to take potential buyers directly to a place that they want to visit and know.

At Perspektiva 360, we know very well the benefits and uses of each of these tools. One of the projects that we have achieved with the implementation of virtual reality, is our virtual tour of El Tambo and Silvia, in the Colombian Cauca, which through  applications, allows us to take virtual tours in the towns and get to know their tourist spaces.

However, not only tourism can benefit from this technology, another sector that has found important benefits in showing its facilities interactively, is the education sector, as is the example of the virtual tour of the El Bosque university campus, which we made with non-immerse virtual reality applications and was designed for future and current students, who can explore the facilities of their academic environment with the help of the 360° tours.

Now, although we have said that these technologies are different from each other, it could also be said, that they are sometimes complementary, since both technologies can be accompanied, or easily adapted to each other, it all depends on the needs of your project.

Since this information is more clear, you will be able to give it a better use to the virtual tools that the world has for millions of digital browsers.

To learn more examples or find out how these technologies can support your marketing, sales and innovation processes, do not hesitate to contact us at info@perspektiva360.com